As somebody who works in the wireless internet industry, particularly as a wireless technician, I have a pretty good vantage point as to the wireless environment, specifically in the frequencies we work with on a daily basis. While this article may come across as confusing tech-talk for some, hopefully the idea behind what I’m saying will be quite simple and easily understood, even by the non-techies amongst us. 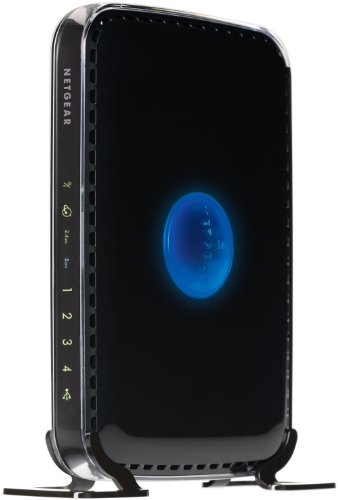 In the United States, we presently have two frequency bands available to us for WiFi: 2.4Ghz and 5Ghz. Up until recently, most residential routers sold were strictly in the 2.4Ghz band. This means that if you went to the store – Walmart, Staples, Best Buy, or ordered it online – and purchased a low-to-mid-priced wireless router, it probably was a 2.4Ghz. Which, this makes sense as 2.4Ghz is the default wireless adapter type in nearly all of our WiFi-capable devices. Phones, tablets, laptops, printers, gaming systems: just about everything uses 2.4Ghz, so we need 2.4Ghz-capable routers.

Even though the majority of today’s consumer electronics rely heavily on 2.4Ghz WiFi, we had the ‘dual-band’ router option way back in 2007. Dual-band routers, if you’re not familiar, are WiFi-capable routers that offer use of both the 2.4Ghz and 5Ghz frequency ranges. Even though not all WiFi-capable devices can use the 5Ghz band, it’s become increasingly common. Most newer mobile devices and even home appliances have the option to use the 5Ghz frequency range.

Why choose a dual-band router?

Quite simply: 2.4Ghz is too crowded. 2.4Ghz WiFi has been available since 1997. Since that time, we’ve been building more and more WiFi-capable devices, and buying more and more routers to allow us to use this wireless technology. What’s more, it’s not just wireless routers that operate in this frequency: cordless phones, microwave ovens, bluetooth, certain video devices and more all operate inside the 2.4Ghz band. Every frequency range has a finite amount of space within it, and because we use so much of it, it can cause slowness and disruptions for our own WiFi usage purposes.

My current router allows me to scan the number of local APs (routers or WiFi broadcast points). Here’s the number of 2.4Ghz APs I can see from my router:

Compare that to the number of 5Ghz devices I can see from my router:

I live in a town of around 10,000 people, last I checked. Yet, there are 22 2.4Ghz access points showing up within the range of my router, compared to only 4 on the 5Ghz band. While this does not automatically guarantee that the 2.4Ghz is worse than the 5Ghz in terms of WiFi performance in this area, it certainly lends credibility to that assumption. The bigger point is that 2.4Ghz use is so overwhelmingly prevalent that it necessitates another option, and that option is a dual-band router.

Where to get a dual-band router

Dual-band routers are becoming more and more common. You can get them at your local electronics or department store, like Best Buy or Walmart, or you can order them online. I tend to buy from Amazon because I’m a Prime member and get free, 2-day shipping. I’ve also found it more reliable than buying from eBay.

As of this time, the starting price for a dual-band router is around $60, pretty much no matter where you get them. You could certainly spend over $100 on something like a Netgear Nighthawk or towards $250 on a Linksys WRT AC3200 tri-stream router, but if you only have a simple 2.4Ghz router right now, you could potentially see significant performance gains by simply upgrading to a lower-to-mid-ranged dual-band router.

Being able to spread the word about the need for dual-band routers today is one of the main reasons I started this site, so it’s a topic I will touch on much more in the coming weeks and months. If you have any questions or comments, feel free to post them below.

4 Replies to “Why I Recommend Dual-Band Routers”